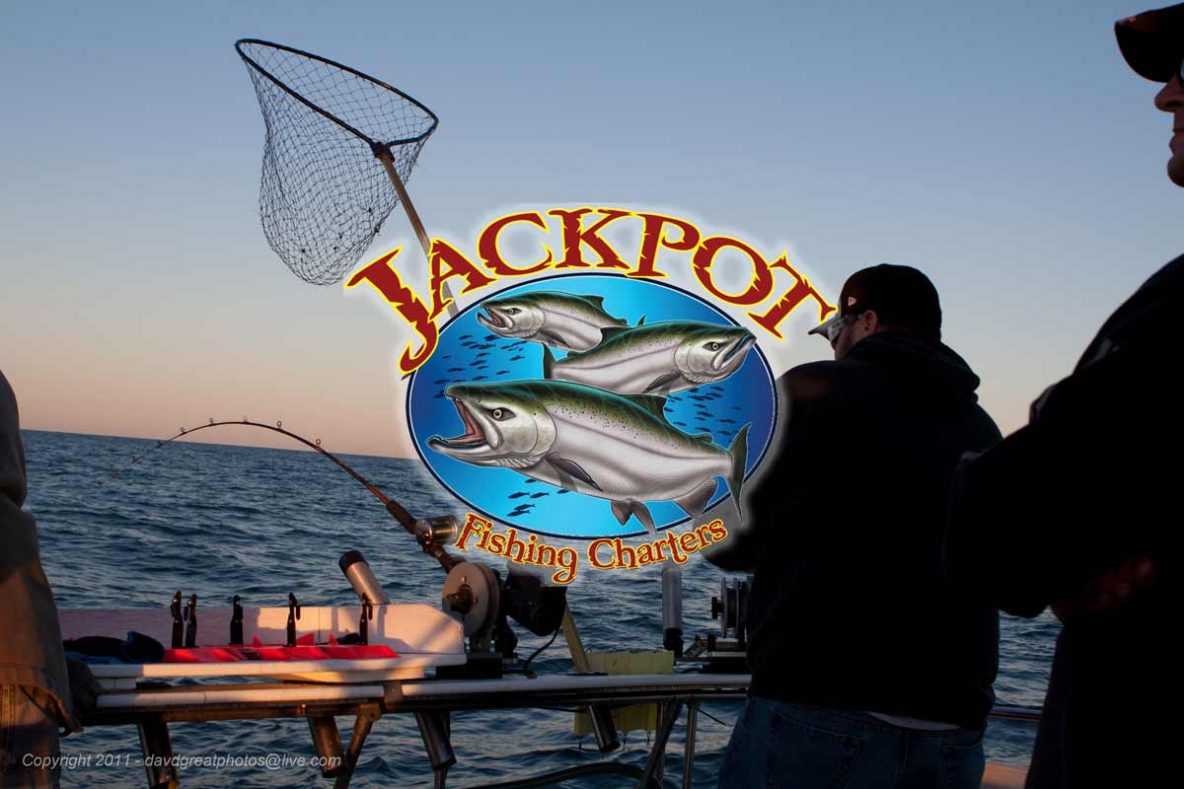 When is the BEST time to go Charter Fishing on Lake Michigan?

This depends upon which species you are looking to catch and whether you are looking for numbers or size. The following is a seasonal summary of the area fishing season based on the last several years results.

We begin fishing Salmon on April 1st, and Coho Salmon action is usually hot right from the start, with a mix of some Brown and Rainbow Trout. A typical catch would be 20-30 fish, most of which are 2-5 lbs. coho’s. Towards the end of April, Steelhead (Rainbows) will also figure into the catch.

April and May are great months to bring the kids, as the action is fast, and the Coho Salmon are more manageable than the bigger fish we’ll catch on charters later in the year.

Features more Coho action with most days producing limit catches. Many Steelhead and some Brown Trout and Lake Trout are caught. The Coho Salmon average 3-7 lbs. and the Lake Trout range from 4-30 lbs. This is some of the most exciting charter fishing available in freshwater. The majority of the Rainbow trout are taken on the surface and once hooked they often spend more time in the air than in the water.If you are looking to catch the Jumbo Yellow Perch, both April and May are considered as the best time to catch these fish in Lake Michigan.

Typically in early June, Lake Trout begin to migrate more toward the “hill” in front of the harbor and fast Coho and steelhead action continues in our offshore waters and King Salmon begin to show up near shore. While Lake Trout average 8-15 lbs. it is not uncommon to tie into a 25 or even 30 lb. monster!!

Average sizes of Coho Salmon increase dramatically as the season progresses and by the end of the month, Coho’s in in excess of 10 lbs. are common. We also begin to catch King Salmon (Chinooks) in June. Limit catches occur frequently, and the weather is predictably nice!

If it’s trophy King Salmon you’re after, this is the time to come! These tackle busting monsters are in a full-scale feeding frenzy as they prepare to spawn, and can usually be found within sight of our harbor.

This charter period also features some of the best fishing in terms of quantity, quality, and variety.

The largest fish of the year are often taken as are some of the heaviest catches. The types of fish include Kings Salmon (Chinooks), Steelhead, Brown Trout, and Coho Salmon. Big Lake Trout can also be found in abundance. The weather is generally very nice and the fishing is exciting, King Salmon and Steelhead are the target species, but on many days all five species can be found schooled together. The size of fish can range between 6-30 lbs.